A New Victim To Cybercrime Is Here! Cyberattacks have been recognized as the most strategically significant threats faced by the world today. Governments, private corporations, non-profit organizations…no sector is immune from cyberattacks, and so is the financial industry, including banks, investment companies, insurance companies, and real estate firms. A sharp rise has been noted in the number of information security breaches and targeted IT assaults in the financial sector recently.

Clear evidence of this is the anonymous cyberattack on four Greek central banks that occurred in January 2020. 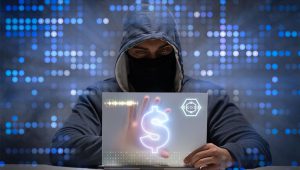 Four central banks in Greece – Alpha Bank, Piraeus Bank, Euro bank and the National Bank of Greece – were forced to cancel their 15,000 credit and debit cards, after payment card data used by some of their customers on a Greek tourist services portal was hacked.

Details of how the breach happened are still unknown, but there is an ongoing inquiry.

However, in this case, a serious question that arises is:

The answer to this question is still uncertain. As per various reports, an investigation is ongoing to check if those banks adhered to PCI DSS measures or not.

But many experts have shared their opinion that chances are too less for the banks to have followed PCI DSS measures – a set of security measures intended to secure credit and debit card transactions against data theft and scam, and in case if established, they might not have timely updated it.

And It Was Just One In A Row! Cyber incidents are not new; 2019 had already seen an average of almost 80 data breaches and cyberattacks per month. And popular agencies forecast that IT security incidents will cost the world $6 trillion annually by the year 2021.

As this is the case, be informed, cybercriminals have no particular preferences when it comes to their targets, as long as someone takes the bait. Even though the mainstream media reports only those threats with significant data breaches, such attacks may target anyone and everyone!

So, It’s Time For Action…

Most of the financial organizations have their cybersecurity measures implemented at the time the company was founded, and won’t update them further. Maybe the cybersecurity measures would be the best at its time of installation; but, our tech world is gradually changing day by day, cybercriminals are finding new loopholes, and standards like PCI DSS has updates.

In this scenario, the best approach for resisting evolving threat trends is deploying predictive protection–for blocking threats before they happen.

Fortunately, Cybernetic Global Intelligence – an accredited PCI DSS QSA Cybersecurity Company, is here to help you with that. Get in touch at 1300 292 376 or drop a mail to Contact@cybernetic-gi.com, for assistance.