Cyber Risk for the Financial Sector: An Analysis Based On 10 Statistics – Part 3 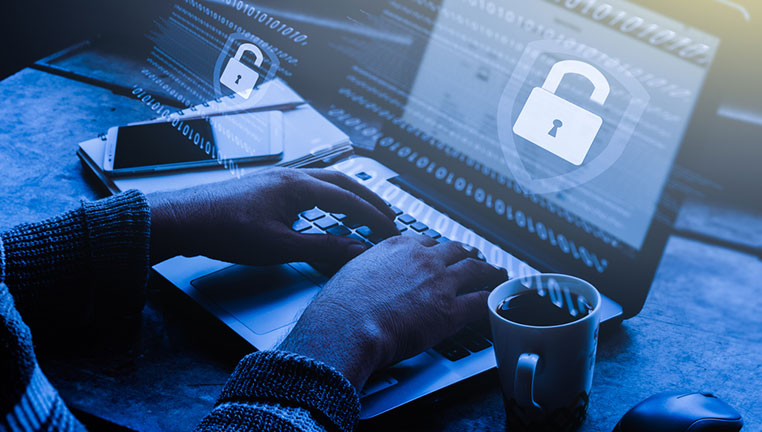 So, we’re back with the final part of the article!

When looking at the information security breach statistics we have amassed all point to the finance sector in PART 1 and PART 2 of this feature, we could see that more and more pirates are setting sail in the ever-expanding ocean of data, and the necessity for competent cybersecurity is becoming more and more urgent.

To illustrate further regarding how sophisticated cyberattacks have become and how significantly it costs, we have compiled four more financial cybercrime statistics and facts.

Use this data sensibly to stay mindful of the protection your business requires for 2020 and the subsequent few years to come.

As per the updated forecast from the International Data Corporation (IDC) Worldwide Semiannual Security Spending Guide, the global spending on IT security products and services will experience substantial growth over the 2019-2023 period. The amount spent on security-related hardware, software, and other services, which is $106.6 billion in the year 2019, will touch approximately $151.2 billion in 2023 with a compound annual growth rate of 9.4%.

Throughout the forecast, banking is stated as the industry that spends the highest sum on security solutions, which is followed by discrete manufacturing, and federal/central government. All these sectors will together account for around 30% of the entire cyber defense spending.

The report also says that the government, telecommunications, and the resource industries will be those to encounter the fastest spending growth over the estimated period.

The statement found that around 56% of the respondents had undergone system failure, and 51% had experienced theft of sensitive customer data, due to vulnerable software or technology. Unsurprisingly, the research revealed that 56% of organizations were good at detecting cyberattacks, while 53% was good at containing than in preventing attacks!

Roughly 74% of the respondents of the survey were worried about the security posture of third-party software and systems, while 43% reported that their organizations had already imposed security terms on third parties involved in developing financial systems.

All prominent financial groups face threats from different sources that it can be arduous to determine what exactly is needed. Mastercard – the global payments and technology company, for instance, combats nearly 460,000 intrusion attempts in a day, which is 70% more than the past year.

Similarly, a study conducted by the market research firm Ovum in the year 2017 reports how large the daily volume of messages about security incidents has increased. Over 37% of banks acknowledged that they receive more than 200,000 security alerts per day.

Yes, such high values are beacons for attackers; however, recognizing assaults is complicated by the sheer volume of security warnings from across tools. Even worse, most of these alerts seem to be technically valid, but often irrelevant. Overall, the study revealed that 40% of banks get 160,000 duplicate, erroneous, or trivial cybersecurity alerts.

The research found that 69% of the industry had implemented a well-defined security roadmap. However, these enterprises had undergone multiple challenges while establishing cybersecurity defenses; of these, the top hurdle which stands at 66% is developing a cybersecurity aware culture, 65% is embedding cybersecurity into the IT architecture of the enterprise, and 63% is keeping pace with the fast-changing security technologies.

Extortion, fraud, and theft are spreading at the speed of light throughout the digital world; these leave a mark not only financially, but also impact an organization’s authenticity, and reputation in the eyes of the public, shareholders, and even their employees.

Despite these skyrocketing cyberattacks, organizations and individuals are becoming more reliant on technologies, as the internet are staples in modern lives as a whole. This is why most governments do everything possible to overcome cyber threats by introducing new cybersecurity guidelines. But at the end of the day, it’s up to you to invest time and money for keeping your data and assets safe.

Wish to defend yourselves against this ever-worsening threat?

Get in touch with Cybernetic Global Intelligence (CGI) – a cybersecurity company with years of experience in assisting various organizations involved in the uphill battle against cybercriminals!