Texas Ransomware Attacks – The Tip Of The Spear? Landis Adams – the Economic Development Director of Keene, Texas, and other city employees showed up as usual at 8 AM.

They turned on their computers and noticed a mess of text. Quickly, they figured the servers were down.

The city officials reached out to the company that manages their server.

Pretty soon, they came to know that they were among 22 other small Texas municipalities, which were hit with the deadly ransomware attacks.

…And that was a wakeup call to the Government officials!

Who’s Behind The Screen? 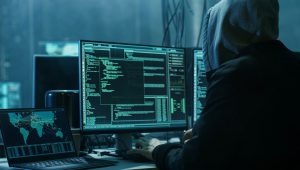 An “INDIVIDUAL THREAT ACTOR” is believed to unleash the attack that has bolted up the agencies of nearly two dozen towns in Texas and demanded a combined 2.5 million USD ransom. The criminal, whose identity is still undiscovered, seemed to particularly target firms that are too small to have their own IT units.

If it is indeed the same party behind all of the crimes, this would be one of the biggest coordinated cyberattacks yet had on a government.

Latest In The Series

The Texas ransomware issue happens at a time of elevated public tension surrounding the rising cybersecurity incidents in the US— particularly ransomware. In a report issued by Recorded Future – a threat intelligence firm, at least 169 state government systems have encountered such attacks since 2013, with 22 of them transpiring in the first six months of 2019.

In June-2019, officials from Lake City, Florida, paid about $460,000 for restoring their compromised emails and servers.

Other cities that have been victims for the attacks include Baltimore, where the demand was for around $76,000 for restoring access to their computer networks.

In the year 2018, ransomware conflicts from public libraries and school districts to some major US cities like Atlanta, as well as places like Akron, Albany, and Jackson County.

Why Does This Keep Happening?

Attackers are more sophisticated now. They have found different ways to infect a computer with destructive malware, asking its owner to pay a ransom to unlock the imperilled data. Large-scale IT infringements will continue to occur until businesses thrive in closing all loopholes in their systems.

Let’s Get Ready For The Cyber Hunt! 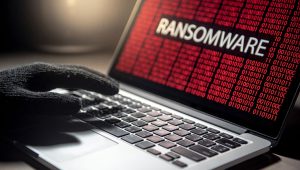 According to a recent study from Google, ransomware victims have paid more than $25 million in ransoms over the last two years, making ransomware a profitable attack. So, if you haven’t yet been the victim of an information security attack, just consider yourself lucky!

However, the rapid growth of targeted attacks on governments and educational institutions calls for a fresh broad mindset to protect vital data and assets.

Just solely relying on constructing defensive walls around your perimeter networks is not enough to keep out those bad guys.

With more and more hackers getting powerful with attacks, it is recommended that you seek assistance from an expert cybersecurity company for implementing extra layers of defense through two-factor authentication and adopting an in-depth security approach.