Huawei A Threat To America’s Cybersecurity? How Is Australia Involved In All This! Something significant has evolved in the dispute among the Government of The United States of America and Huawei in the last two weeks. Huawei; the Chinese telecoms equipment giant has left its mark in Asia, the Middle East, and Europe but the United States government is cracking down hard on Huawei.

Huawei Responds To Allegations on Cybersecurity 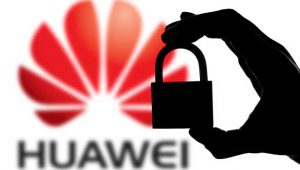 The executive order does not mention any particular corporations or nations. The White House officials were cautious not to reference any corporations, but its issuance happens after months of enforcement operations against Huawei.

Huawei responded by saying that none of their devices were a security threat. The multi-million dollar company’s leaders have said that the United States hasn’t produced any evidence regarding their claims and that Huawei hasn’t been working inappropriately with the Chinese government. The company has been under intensified inspection from the American regulators for its relations to the Chinese Communist Party, though Huawei has rejected statements from American officials that its devices could be used for spying.

How Australia Is Involved?

The United States intelligence agencies have elevated their concerns about Huawei’s relations to the Chinese government and the probability that its devices could be used for surveillance. Australia too has been showing support to the US on these matters. Huawei officials have stated that the Australian government had banned it and other Chinese companies such as ZTE, from providing devices to support the country’s telecommunications systems. Telephone carriers throughout the globe have been planning to build networks using  5G technology, which guarantees to facilitate the ultrafast communications essential for technologies including self-driving cars.

In 2018, Payne and Home Affairs Minister Peter Dutton joined countries with similar interests in the continuing campaign of intellectual property fraud in cyberspace, linking them to China’s Ministry of State Security.

Australia, like the United States, has assembled a range of consequences it will examine inflicting on different foreign countries for cyber attacks.

But these cybersecurity warnings raise serious issues as to whether an organization whose activity on current digital equipment has proven to be questionable should be permitted to represent the next generation of technologies on which significant parts of our life will depend.

Do we really think Huawei has been manufacturing phones so it can tap all our calls and take over the network? We’ll have to wait and see what the future brings.

1 thought on “Huawei A Threat To America’s Cybersecurity? How Is Australia Involved In All This!”